This is Pretty Wild,

a gluten free transgression into the real world.

The argument is settled. It’s decided, there is no more of this battle and we can contend that it was a fair fight. That’s enough of this for now, we can take a break. Take it easy, my friend. For another storm wages on and we must be ready. So rest up, take this moment to breathe and relax. There is so much more fight left in you. Life is not against you. You are not against you. The biggest fan in the whole entire existence is rooting for you. I mean this.  Do not be defeated, we fought a good fight, and tomorrow is another day sufficient for itself.

It’s like I’m constantly arguing with myself. One side of my brain yells at the other side of my brain while the middle cells wither in despair. One side always trying to be louder than the other; the voices use different accents, should I be worried? One side sort of sounds like Sean Connery, the symbolism drives me mad.

But seriously, I see both points of not only the situation but the point itself. Almost like a floating flow chart that follows me around making notes of my incompetence. Teasing me with big words and suitable definitions and then laughing at me when I get the answer wrong or when I leave out part of the equation. I can’t even bring my own notes because it changes so often and I’m too lazy to update them accordingly. 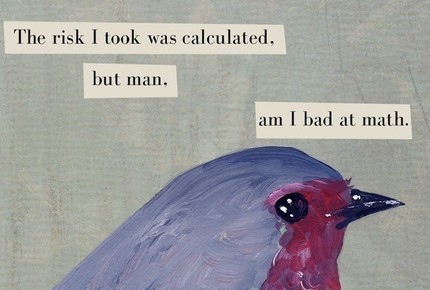 The fault is really of my own, I’m just not quick enough and when I’m finally caught up to speed the ship has sailed and I’m just standing on the dock with bare feet and cold toes.